Hello, thanks for visiting!

I was recently a PhD candidate in the Department of Statistics at the University of Auckland, where I spent my time investigating new statistical methods and models in the field of sports analytics. My research focussed on the development and implementation of statistical models that can be applied to sport of cricket, with the primary aim of estimating and forecasting the past, present, and future abilities of professional cricketers, and to predict the likely outcome of upcoming matches. These models have been proven to provide more accurate predictions of future player performance than traditional cricketing statistics, such as batting and bowling averages.

At present, I work as a Data Scientist at Luma Analytics, a data and analytics consultancy based in Auckland, New Zealand. I also continue to maintain the cricket-related statistical models I developed during my PhD and provide independent statistical and data consulting services to those looking for help with data modelling, data analysis and other data-related queries. To date I have advised clients who work in a range of fields including financial services, information technology, ERP solutions, market research, clinical trials and sports analytics, and I’m always up for a new challenge.

Feel free to take a look at my past and present research below, or get in touch if you have any questions regarding statistics, data, cricket or otherwise. 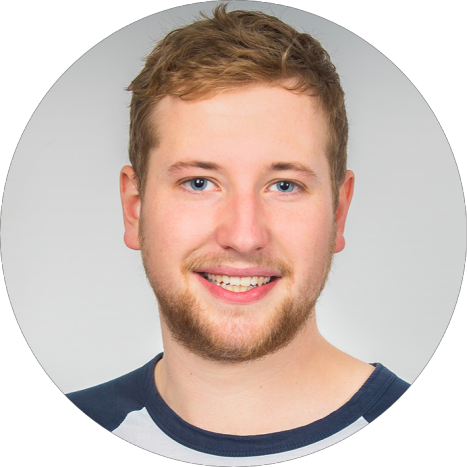 Between 2017 and 2020 I completed a Doctor of Philosophy at the University of Auckland under the supervision of Dr Brendon Brewer. Following on from my Masters, my research involved developing a range of statistical models that can be applied to the analysis of sporting data, with a particular focus on cricket. As with any sport or profession, we shouldn’t expect a player to perform with some constant ability throughout their entire career. Instead, we are likely to observe both short and long-term variations and fluctuations in ability due to the likes of age, experience, fitness and general improvements or deteriorations in technique.

As part of my PhD research, I derived a range of statistical models that employ machine learning algorithms to better estimate and predict the past, present, and future batting and bowling abilities of professional cricketers. When estimating current player ability, these models account for a range of external factors, including recent form, strength of opposition, and venue of past performances (e.g. home or away). These estimates have been proven to provide more accurate predictions of player peformance, compared with traditional cricketing metrics, such as batting and bowling averages. Additionally, the models have the benefit of maintaining an intuitive cricketing interpretation, unlike other popular ranking metrics, such as the official ICC rankings. Given two proposed playing XIs, it is then possible to feed the estimated player abilities into a custom built match-simulation engine to provide a probabilistic prediction of either team winning a match.

Click here to read thesis titled “Form is temporary, class is permanent: Statistical methods for predicting the career trajectories and contributions of players in the sport of cricket”.

In 2017 I completed my Masters degree under the supervision of Dr Brendon Brewer. My research looked to tell a more meaningful story behind a cricket player’s batting average. Using Bayesian statistical techniques, I explored more in-depth methods of quantifying a cricketer’s batting ability than the simple batting average. More specifically, I built statistical models which estimate how well a batsman is playing at any given point in their innings, allowing us to quantify the cricketing concept of a batsman ‘getting their eye in’. The primary focus was on Test match cricket, with wider applications to 4-day first-class cricket. Using these models, I also explored the plausibility of popular cricketing superstitions from a statistical point of view, such as the commentator’s favourite, the ‘nervous 90s’.

ABSTRACT: Cricketing knowledge tells us batting is more difficult early in a player’s innings, but gets easier as a player becomes familiar with the local conditions. Using Bayesian inference and nested sampling techniques, a model is developed to predict the Test match batting abilities of international cricketers. The model allows for the quantification of players’ initial and equilibrium batting abilities, and the rate of transition between the two. Implementing the model using a hierarchical structure provides more general inference concerning a selected group of international opening batsmen from New Zealand. More complex models are then developed, which are used to identify the presence of any score-based variation in batting ability among a group of modern-day, world-class batsmen. Additionally, the models are used to explore the plausibility of popular cricketing superstitions, such as the ‘nervous 90s’. Evidence is found to support the existence of score-based variation in batting ability, however there is little support to confirm a widespread presence of the ‘nervous 90s’ affecting player batting ability. Practical implications of the findings are discussed in the context of specific match scenarios.

ABSTRACT: At a glance, data is more meaningful when presented in graphical form. This project explored innovative methods of automating the display of catch data for large-scale conservation projects. High priority was given to developing methods that allow users to interact with their data, affording them some control over the graphics that are produced. Two interactive applications were developed that allow conservation volunteers to select the data they want to view and how to view it. After a day in the field, volunteers are able to use these applications to see their day’s work summarised on a map or graphic. These graphics highlight the positive impact their efforts are having on the local environment, keeping volunteers motivated and engaged in their work. Various methods of improving the automation of these graphics are outlined, as well as other practical uses of these statistical applications.

Players must have participated in a Test match since 2019 and must have batted in a minimum of 15 Test innings to be ranked.

Players must have participated in a Test match since 2019 and must have taken a minimum of 30 Test wickets to be ranked.

*incomplete data is available for players who made their Test debut prior to 2008.

The batting and bowling rankings are obtained from the models developed as part of my Masters and PhD degrees at the University of Auckland. More detail about these models can be found in the papers I have published, which can be found in the Publications section below.

When estimating a player’s current batting ability the model accounts for recent form, venue of matches played in (i.e. home, away or neutral) and whether the player was batting in their team’s first or second innings of the match. Additionally, the model accounts for the “getting your eye in” process for each individual player. The data support the general belief that players tend to score more runs when batting in their team’s first innings of a match, at a home venue.

The “predicted average” is the the number of runs we expect the player to score in their next Test innings, assuming their next innings is played at a neutral venue and it is unknown whether they are batting in their team’s first or second innings of the match. The official International Cricket Council (ICC) ratings (and world ranking #) are also provided for comparison. The ranking of players is generally similar between the two methods, although there are a couple of notable differences.

Firstly, our model rewards players who are able to overcome the “getting your eye in” process and remain on a not out score, while the ICC ratings simply provide not out innings with a “bonus” that we susepct is too low. For example, Rohit Sharma has a number of 50+ not out scores, suggesting he frequently overcomes the difficult “getting your eye in” process, but for various reasons, has not had the opportunities to convert these not out innings into big scores.

Secondly, the ICC ratings tend to place more emphasis on recent innings compared with our models. Our general findings suggest that there is little evidence to suggest that recent form is a significant predictor of current batting ability for the majority of players. Instead, we believe a player’s underlying ability tends to change slowly over time, rather than erratically between innings as a direct result of recent performances. It is unclear whether the ICC ratings attempt to provide predictive accuracy of ability, or instead tries to formalise expert judgement about who is in and out of form. These two goals may not be entirely compatible.

Thirdly, the ICC apply a rating decay system, whereby players who have not batted in a recent match, see their rating slowly
decline. While well intentioned to reflect the best current batsmen in the world, the decay system is inherently biased as it tends to affect smaller nations disproportionately, who are generally afforded fewer opportunities to play Test cricket.

Like the batting rankings, the model used to predict current player bowling ability accounts for recent form, venue of matches played in (i.e. home, away or neutral) and whether the player was bowling in their team’s first or second innings of the match.The bowling model also adjusts for the historic strength of opposition batsmen they have bowled to.

In order to make this adjustment, a new metric, “adjusted bowling average”, has been derived, representing a player’s career bowling average if they had bowled to the “average” Test match batsman their entire career. Introducing this metric allows for a fairer comparison of bowling performances, as the relative strengths of batsmen bowled to is accounted for. The derivation of this metric can be found in my PhD thesis in the Publications section below (as of 18th December 2020).

The “predicted adjusted average” is the the number of runs we expect the player to concede before taking their next wicket, assuming they are bowling to the “average” Test match batsmen and the match is being played at a neutral venue. The official International Cricket Council (ICC) ratings (and world ranking #) are also provided for comparison.

Here you can find an application that allows users to visualise how these model estimate changes in player batting and bowling ability, on two scales:

1. Long-term changes in batting and bowling ability that occur between innings, over a playing career, providing an estimate of a player’s career trajectory to date, as well as a prediction for their current and future ability. These estimates are what are used to compute our batting and bowling rankings rankings.

2. Short-term changes in batting ability that occur during an innings due to the “getting your eye in” process.

Last week I predicted New Zealand to be the favourites to win the World Test Championship against India. Now, as world champions, Nathan Rarere, Guy Heveldt and myself chat about the Blackcaps' path to becoming the world's # 1 Test side....

END_OF_DOCUMENT_TOKEN_TO_BE_REPLACED

This morning I was fortunate enough to catch up with my favourite cricket-loving RNZ host, Nathan Rarare, to chat about the Blackcaps' prospects ahead of the World Test Championship Final versus India, starting tomorrow in the UK....

END_OF_DOCUMENT_TOKEN_TO_BE_REPLACED

Those of you who know me are aware there are few things that can get me out of bed before 6am on a good day, but talking cricket and statistics on First Up with Nathan Rarere is one of them. Today we discuss who the Blackcaps could meet in the World Test Championship...

END_OF_DOCUMENT_TOKEN_TO_BE_REPLACED

I recently had the pleasure to chat with RNZ's Nathan Rarere about the Blackcaps' chances of making the World Test Championship Final earlier this week. At present, my models give New Zealand an 83% chance of going to the big dance in June later this year --- go the...

END_OF_DOCUMENT_TOKEN_TO_BE_REPLACED

Modelling the careers of cricket players

The models I have been developing to measure how player batting ability varies and fluctuate over the course of a playing career, were recently featured in the July 2019 edition of the New Zealand eScience Infrastructure (NeSI) newsletter.

END_OF_DOCUMENT_TOKEN_TO_BE_REPLACED

The research I undertook as part of my Masters degree was recently featured on the University of Auckland’s, Department of Statistics webpage.